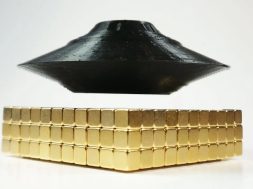 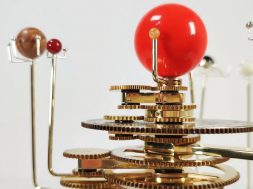 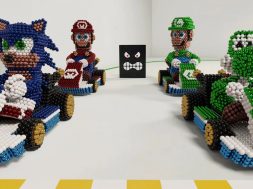 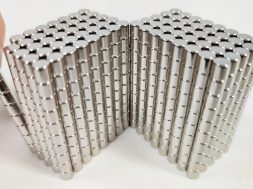 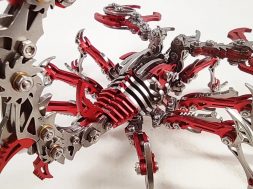 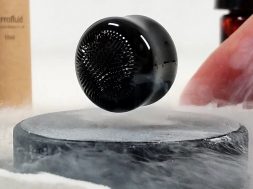 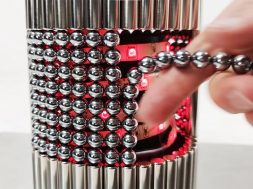 Area S4 UFO
Robert Scott Lazar is an American physicist who became famous in the late 1980s after claiming to have been hired to reverse-engineer extraterrestrial technology at a secret site called S4. According to Lazar this subsidiary installation is located several kilometers South of the United States Air Force facility Area 51 in the Groom Lake area of Nevada. Lazar claims to have examined an alien craft that ran on an antimatter reactor powered by element 115, which at the time had not yet been synthesized. Element 115 now known as Moscovium, [Mc] was first synthesized by a joint team of Russian and American scientists in 2003. In the conversation surrounding the potential for alien life in the stars, no name has been as controversial as Bob Lazar. The dimensions of the saucer shaped print are based on Bob Lazar’s detailed description at 1:208 scale.

Triangle UFO, TRB3
The TR-3B is said to have been created as a black project by the United States Air Force. It hasn’t been officially confirmed, but sightings of triangular objects, fitting the description, have fueled rumors in recent times. Even a patent of a triangular spacecraft was released in 2019 that some think of as conclusive proof that the craft exists. TR-3b is said to have a mercury-filled accelerator at it’s heart – the mercury being highly pressurized at very low temperatures, and accelerated to high velocities by nuclear energy in a toroid-shaped chamber. This manifests superconducting plasma that neutralizes most of the effects of gravity on any mass in it’s vicinity. As the mass of the craft and passengers are greatly reduced they can safely tolerate higher G-forces than usually. Conventional thrusters located at the tips of the triangle allow the craft to perform all manner of rapid high speed maneuvers. These type of aircraft are also referred as ‘flux liners’.

On my channel you will find all the ways to have fun with magnets divided into 3 main categories:

Satisfaction video like the construction of magnetic sculptures, slime and magnetic putty and product review.

About Magnetic Games:
All ways to have fun with magnets.

The magnetism has always intrigued me. The strength of the magnets is scientifically explainable but there’s something “magical” about its interaction with the world. My Channel offers you curious experiments and fun games to do with magnets.