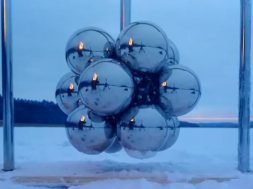 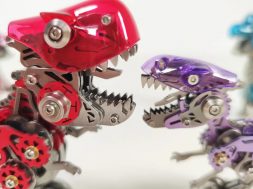 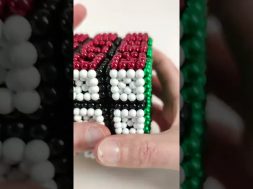 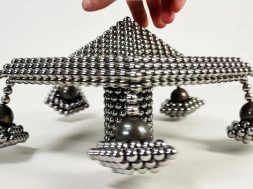 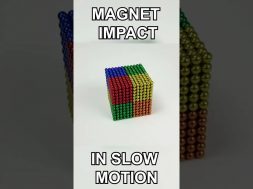 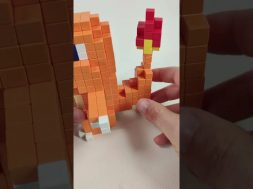 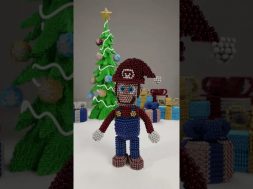 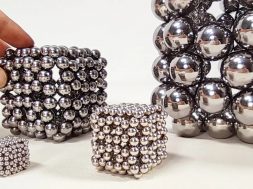 A cuboctahedron is a polyhedron with 8 triangular faces and 6 square faces.

The Vector Equilibrium is the only geometric form wherein all of the vectors are of equal length. This includes both from its center point out to its circumferential vertices, and the edges connecting all of those vertices.

Another way of deriving the geometry of the VE is by using 13 spheres of the same diameter. one sphere magnet as the center point, twelve steel spheres around the nucleus. The centers of each sphere will be equidistant from all of their adjacent neighbors. The VE also has the attribute of consisting of four hexagons symmetrically arrayed in four planes.

Fascinated by this form I decided to explore its unique geometry on a bigger scale. I glued magnets to the hollow stainless steel spheres hence allowing them to be attached to the solid metal center sphere. Metal rod was welded to the central sphere. The smaller metal ball welded at the other end of the rod acts as a magnetically suspended bearing. More magnets and metal parts were added to compensate the smaller diameter of the middle sphere.

The lines connecting their centers of the spheres are the vectors. Because it’s an array of 12 spheres around one central sphere, we can refer this as a 12-around-1 system. We can then consider this system when we examine the cosmometric relationships of 12-based systems such as the 12-tone music scale or astrological zodiac.

With all vectors being exactly the same length and angular relationship, from an energetic perspective, the VE represents the ultimate and perfect condition wherein the movement of energy comes to a state of absolute equilibrium, and therefore absolute stillness and nothingness. It’s a primary pattern, fundamental to the creation of the universe at all scales.

Because the VE has these four hexagonal planes defining its spatial coordinates, One the greatest minds of out times, Buckminster Fuller says that the foundation of the cosmic geometry is actually 4-dimensional, as opposed to the conventional 3-dimensional 90° X,Y,Z coordinate system historically assumed to be fundamental.

The VE is the true zero reference of the energetic mathematics. Zero pulsation in the VE is the nearest approach we will ever know to eternity and god: the zero phase of conceptual integrity inherent in the positive and negative assymmetries that propagate the differentials of consciousness.